Too many times when processing evidence, we crime scene investigators come to a fork in the road and ask ourselves: Do we process for DNA, or do we process for latent prints? Once we contemplate which process would be best, we hope that we made the most logical decision for catching our suspect.

However, there is now a piece of equipment called the Full Spectrum Imaging System (FSIS) that can make that decision process not only simpler but will also give you the ability to process your evidence for both latent prints and DNA. The equipment aids in cutting down on the time it takes to process evidence, and also allows you to avoid invasive processes on items that belong to victims. 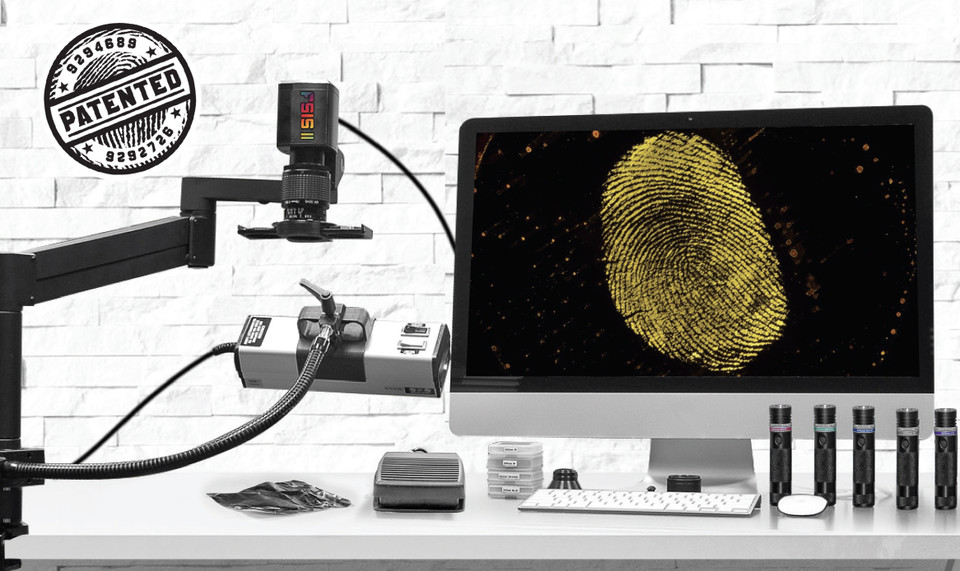 My department obtained the equipment in December 2015 and it has become my favorite tool when processing evidence. The FSIS comes with the option of an in-house station or a mobile station, or you can get both. Our in-house station came with the following items: the digital FSIS camera; 20-ft. cord from camera to computer; Apple iMac (all-in-one computer); 36-in. camera stand; a dual-band 254/365 UV lamp; five 3-watt LED lights that range from ultraviolet to infrared; a three-position filter slider that goes over the camera lens; and a foot pedal for taking pictures hands-free. You also have the option to use a laptop with the system so that you can take it out in the field for processing trace evidence.

The FSIS is used not only to examine items for prints, but it can also be used to search for blood, gunshot residue, altered ink on documents, and bruises on people. We have used this system numerous times when processing evidence for homicide cases, and it has yielded great results. The newly upgraded FSIS now can photograph in color and has a four-position filter slider that goes over the camera.

The FSIS has been instrumental in processing evidence without needing to use cyanoacrylate, powders, or chemical processing on the items. Place the item under the camera with the correct barrier filter and use the UV/IR lamp—or the designated wavelength LED light needed for your specific evidence—and the latent prints come to life on the computer screen.

The program runs in live time so you scan the item with the light source, determine whether you have prints, and then pinpoint their locations. Once the print you want is in focus, you can switch the program over to the “Full Resolution” option, press your foot on that very-handy foot pedal, and capture a high-resolution photograph of your latent print that is then saved into the specified destination folder on the computer.

Another great feature in this system is the ability to remove background graininess, increase or decrease exposure, and enhance contrast. When searching for prints, there is a three-tier level icon on the screen. These three tiers are your controls for the background grain, exposure, and contrast. As you are adjusting the different levels to create the clearest picture, you can see the print in live time on the computer. This allows you to see the changes to your image on the computer. This feature cuts down on the number of pictures you need to take to obtain the best photo for later comparison. If you have an item of evidence that is too tall for the 36-in. camera stand, the camera is detachable so that you can attach the camera head of the FSIS to a tripod, or hand-hold it in order to examine bigger items of evidence.

Another feature that is a great tool is the integration feature. The integration feature involves painting with light, utilizing the UV lamp or designated wavelength LED light. This feature helps provide more contrast to the image you are trying to obtain. It also is very useful for processing curved surfaces. When using the integration on a curved surface, the system flattens the image to one level and allows you to photograph it as such, thus eliminating the need to adjust depth of field (as would be required on a regular camera).

Through using this system, I have found that the FSIS reveals prints that are not otherwise observed when an item is processed with powder. The number of prints recovered has increased by 53 percent since our department started utilizing the FSIS. There have also been times when we observed prints with the FSIS that we couldn’t see with other processing techniques until we chemically dye-stained the item and examined it with an alternate light source (ALS). The FSIS has cut down the time required for ALS photographs, as we have already photographed the prints using the FSIS prior to observing them with the ALS.

All in all, the benefits of this system have proven themselves time and time again. It has made processing evidence better and has increased our ability to identify potential suspects in our cases. Evidence is always worth processing better, and this system is a step toward “better”.

Kayla Limb is a Florida native and loves what the Sunshine State has to offer. She has obtained an Associate of Science for Business Administration through Indian River State College. Her education is ongoing, and she intends to obtain her Bachelor of Science in biology in the near future. Limb is passionate about bringing justice to her home town and helping those who fall victim to crimes, which has led her to crime scene investigations. Kayla currently works as a Certified Crime Scene Investigator with the Saint Lucie County (Florida) Sheriff’s Office. When she is not working scenes or solving crimes, you can find her playing with her three dogs and cat, reading a good book, or drawing.

This article was originally published at Evidence Technology Magazine. 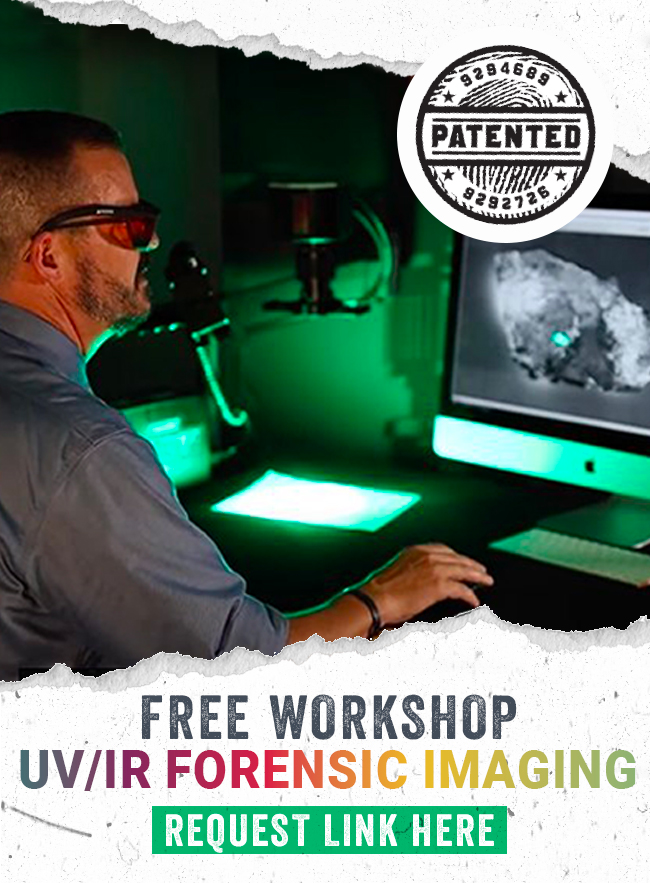 I'm interested in the FSIS II workshop, may I please have the link?

WHAT'S NEW WITH THE FSIS II?

The new Full Spectrum COLOR Imaging System (FSIS-II) is the most advanced forensic image capturing system in the world. The FSIS-II features a patented 20MP digital camera with 50mm UV lens. Now, for the first time, the new FSIS-II can capture an image in FULL COLOR in 5K! With over 20 megapixels of resolution and sensitivity from 254nm to 1100nm, the FSIS-II can easily capture a full handprint at 1000 PPI (pixels per inch), and micro evidence up to 4,800 PPI. No more looking for a latent fingerprint with a handheld RUVIS and then blindly photographing the evidence in order to get a high resolution image. There is absolutely no limit to the various types of evidence that can be processed using the FSIS-II. Put it to the test and request a demo today!